1.  Today I registered for my first ultramarathon.  I will be running the Seneca Creek Greenway Trail 50k on March 8.  I am very excited.  It is just 20 minutes from my house and should be beautiful.

2.  My pathophysiology class is comprised of about 45 second degree nursing students, 45 traditional undergrad nursing students, and 45 human science students.  Today, our professor conducted an informal survey to see who was in class.  The results?

After this race, the marathon has officially become my favorite distance.  It used to be the 10 miler or half marathon, but this race has converted me.  I may never go back.

Emily dropped me off at the race start and I stayed warm wrapped up in a yard of fleece fabric that I had bought at Wal-Mart the night before.  It was totally worth the $3 I spent on it.

Miles 1-5 (7:44, 7:42, 7:45, 7:46, 7:50)
I had planned on starting a little slower than this, but I get excited about racing and forget to go slow.   Emily met up with me and ran along side me while she refilled my water bottle and took my arm warmers from me.  All the other runners were totally jealous that I have better friends than they do. 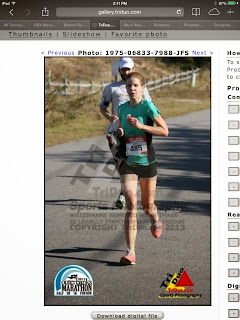 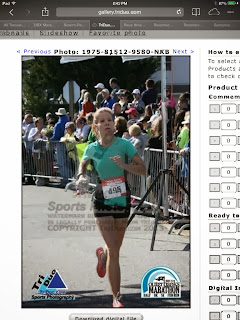 Miles 11-15: (8:15, 8:09, 8:49, 7:54, 7:53)
Miles 10-13 were through the woods on a dirt road/trail.  This portion was significantly more hilly than I had expected.  Right when we entered the woods, I caught up to the guy running in front of me.  He saw me and immediately sped up.  I don't think he wanted to be passed by a girl.  I let him go ahead, since I had plenty of time to catch him again.  (Don't worry, I did.  I whizzed right past him when we left the wooded section and never saw him again. And I might be using the term "whizzed" loosely.)  Usually I love trail running, but I have never been so happy to get out of the woods and see solid ground. That part was tough. 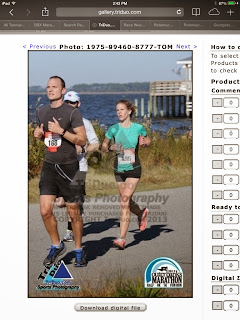 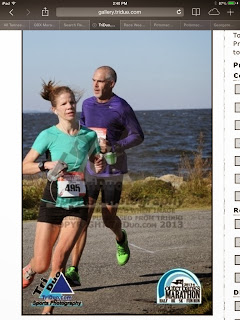 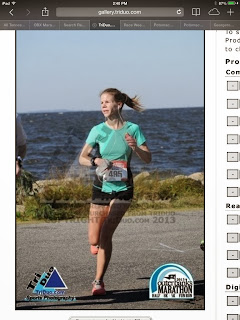 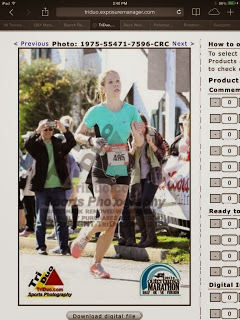 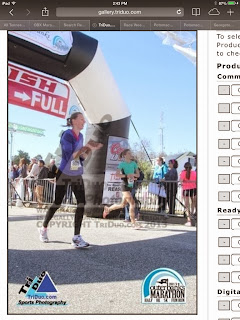 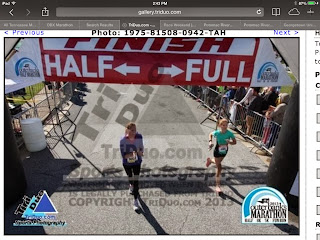