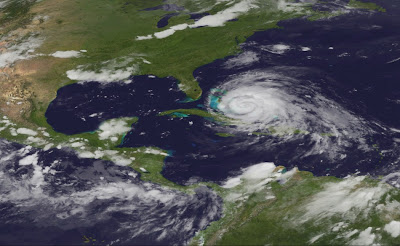 I stopped by the grocery store on my way home last night to pick up some essentials (like double-stuff Oreos). You know, just in case the power goes out or it floods or something. Everybody else seemed to have the same idea, so periodically store management would make announcements about what lanes were open, etc, and letting us know that they hope we have a great weekend and "enjoy the hurricane".

I have Oreos and Gilmore Girls so I most definitely will, thank you.

who wants to see my new house???

Oh, everybody does?? That's awesome.

My building. I live in the back left corner - nice and shady, which means I hardly even have to use my air conditioning. Awesome!!! 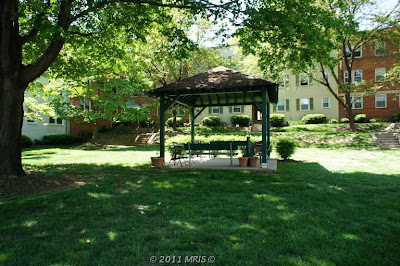 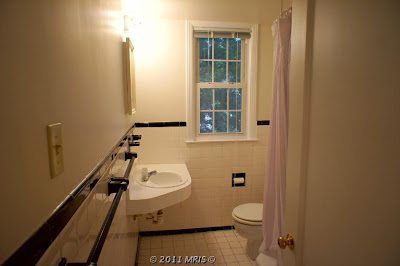 The bathroom (now): The yellow is much darker than it looks here. I sewed a curtain to go around the bottom of the sink (it is odd-shaped and there are NO cabinets that fit it properly) and bought gray towels, bathmat, and shower curtain. 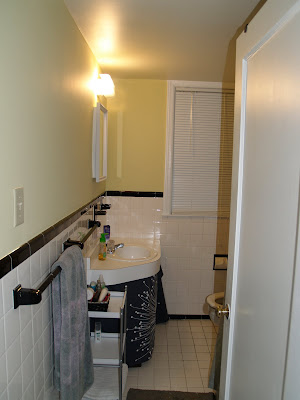 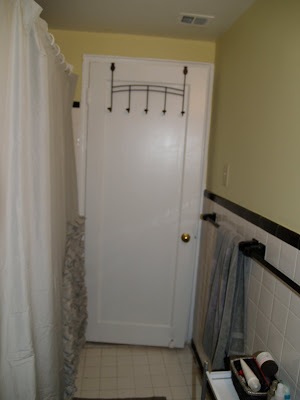 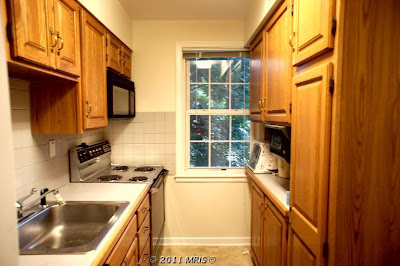 Kitchen (after): I replaced the ugly gold knobs with nice sleek handles and painted (gasp) navy blue. I realized halfway through that the color was going to have to stay whether I liked it or not (I do NOT have the energy to paint over navy blue walls right now) but luckily, I really like how it turned out. Yay! 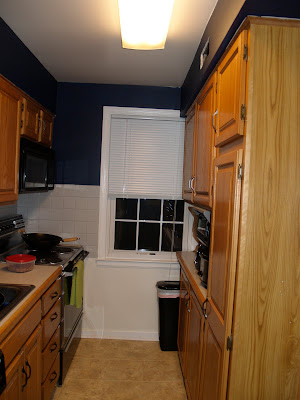 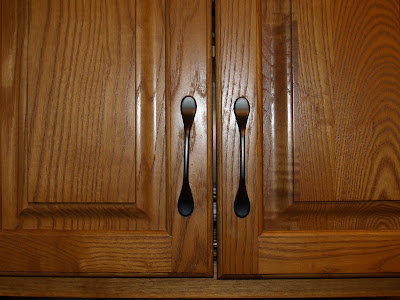 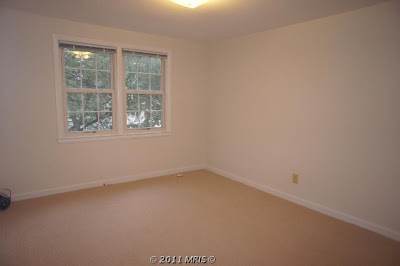 Dining room (now): The walls are actually a little darker than they appear in the pic. It's a nice, rich yellow. I can't quite figure out what to put on the windows... Any suggestions? 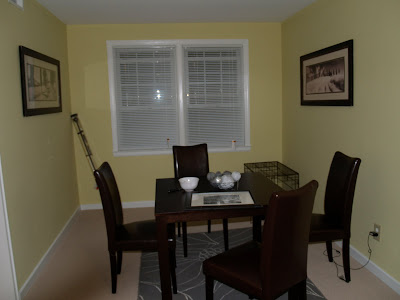 And my roommate: His name is Elian and he doesn't know it yet, but I have made an appointment to rob him of his manhood. I'm pretty sure we'll both be much happier that way. And by both of us, I mean me and my poor abused pillows. He is sitting on top of the fabric that I purchased that I am planning on using to make a rug. Nice print, huh? 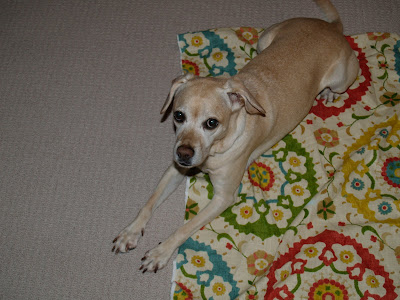 I am quite possibly the only person in the DC metro area who did NOT feel the earthquake today. The Commando sent me a text asking if I was okay, which I found very confusing.

That doesn't mean I'm not going to post about it!